A NSFW LONG-FORM PODCAST ABOUT

The US vs the USSR.

From 1945 until 1991, the world’s two superpowers played a dangerous game of nuclear brinkmanship that very nearly brought human civilisation to an end. How did it start? Why did it start? How did it end? Did it end? These are the questions we are exploring in detail.

The CIA’s first attempt to train foreign agents and parachute them into Soviet territory ended in disaster. So did their second attempt. And their third. And so on. But they did it anyway. Then the Korean War happened and Bedell Smith became the fourth CIA director in as many years. He inherited a disaster.

END_OF_DOCUMENT_TOKEN_TO_BE_REPLACED 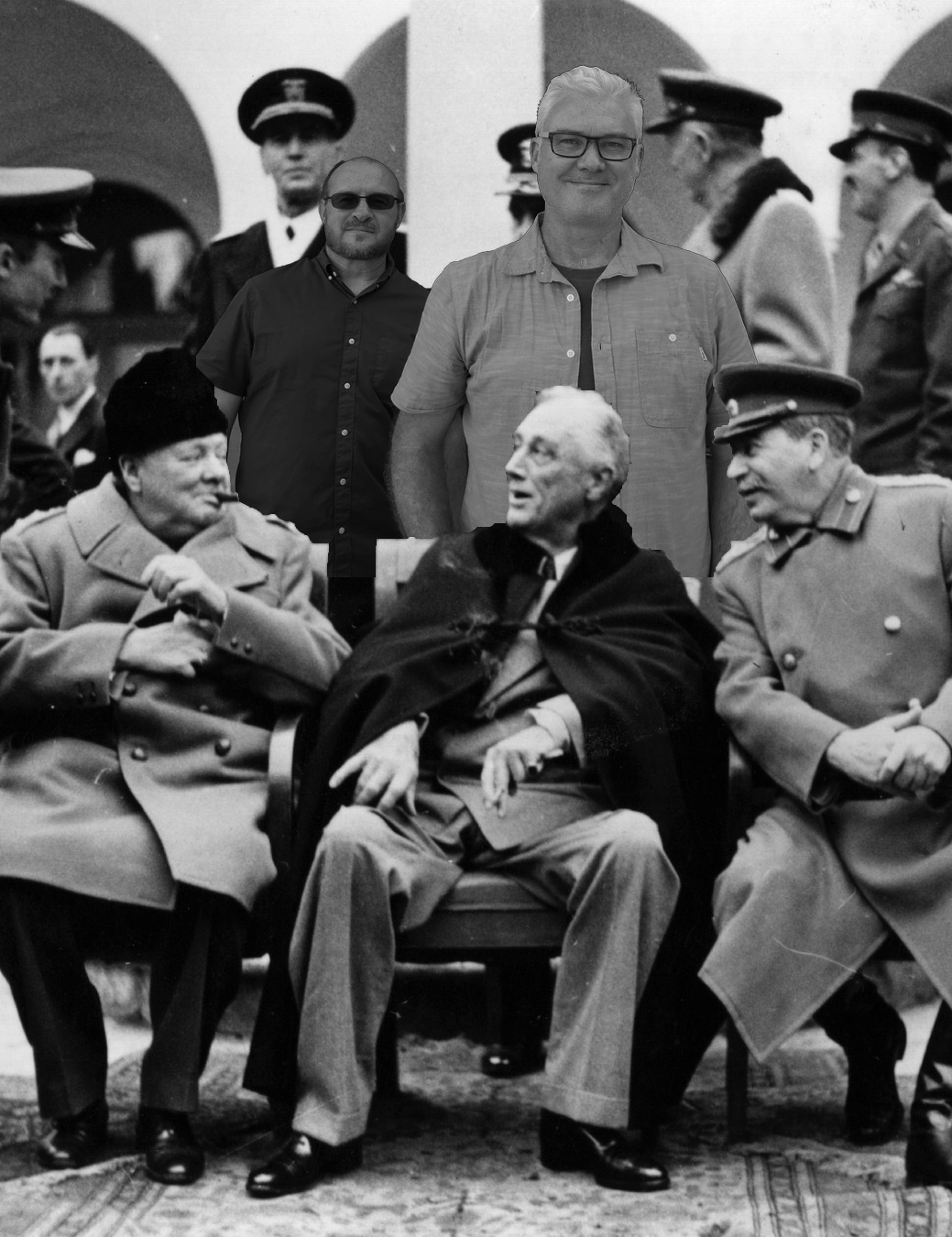 The CIA’s first attempt to train foreign agents and parachute them into Soviet territory ended in disaster. So did their second attempt. And their third. And so on. But they did it anyway. Then the Korean War happened and Bedell Smith became the fourth CIA director in as many years. He inherited a disaster.

END_OF_DOCUMENT_TOKEN_TO_BE_REPLACED

The CIA wanted to secretly funnel American cash to European politicians, criminals and businesses that would do their bidding. They also wanted to influence public opinion about capitalism, communism, but without appearing to. To accomplish this, they set up an enormous number of front groups, many of which still exist today. They also hid known fascist murderers in the US because they thought they might be useful.

The CIA wanted to secretly funnel American cash to European politicians, criminals and businesses that would do their bidding. They also wanted to influence public opinion about capitalism, communism, but without appearing to. To accomplish this, they set up an enormous number of front groups, many of which still exist today. They also hid known fascist murderers in the US because they thought they might be useful.

On September 1, 1948, Frank Wisner took charge of the CIA’s covert operations. Known as the OPC – The Office of Policy Co-ordination. Although the CIA was a publicly known entity, the OPC was top secret. One of the first things he did was establish a multinational media conglomerate for spreading anti-Communist and pro-American propaganda. He spent millions trying to tip the political scales around the world by interfering in elections. In his mind, he was preparing for WWIII. According to one of his earlier hires: “We ran things. We were seen as kings. We went all over the world and we did what we wanted.” Meanwhile the US Government passed a secret law saying that if the CIA was caught out doing something illegal, official policy was to lie about it to the American people and to the world.

Taking a short break from our CIA series this week to talk to retired U.S. Major Danny Sjursen. Danny was a U.S. Army strategist and history instructor at West Point. He served tours with reconnaissance units in both Iraq and Afghanistan. He has written a memoir and critical analysis of the Iraq War, Ghost Riders of Baghdad: Soldiers, Civilians, and the Myth of the Surge. These days he’s an outspoken critic of American imperialism.

Danny talks to use about his journey from being your typical post-9/11 U.S. soldier wanting revenge, to the war critic that he is today. We also talk about the nature of the military-industrial complex, the so-called “West Point Mafia”, Trump’s military track record, Biden’s pick for Secretary of Defense, Lloyd Austin, and what might happen if Trump tries to declare martial law.

Follow Danny at @SkepticalVet and check out his podcast “Fortress on a Hill,” co-hosted with fellow vet Chris “Henri” Henrikson.

Welcome To The Cold War Podcast!

This show is different from most other history podcasts in the following ways.

1. There are TWO OF US. This is a conversation, not a lecture.

2. It’s LONG FORM. Which means we will take hundreds of episodes to tell a story. If you want a quick overview, this is not the show for you!

3. It’s NSFW. While we take the history very seriously, we also know that learning is more effective when you’re having fun. Sometimes (okay, quite often) “having fun” for us translates as bad language and dirty jokes. Let’s face it – this history is violent and sexy. This is NOT a child-friendly show, nor is it safe for work.

4. We CHARGE MONEY for the latest episodes. We do this for a living and put a lot of time and effort into making our content. So you can listen to the first couple of years worth of episodes for free, but the more recent episodes (produced this year) require a paid subscription. Feel free to listen to the free ones and then, if you like them, register to listen to the rest.

Learn more about the show and hosts.

Turn everything else off

After listening to an informative, fact based cold war podcast I was looking for deeper analysis. Hello Cam & Ray!! Having come across this in 2019 I have had a lot of catching up to do. Doing a podcast a day (at normal speed) has made me laugh to the point I had to pull over. Listening to these guys, well mostly Cam, has been extremely enlightening. I had completely forgotten about Stalins musical exploits. The Yalta confernce…. no detail was missed over what was probably 612.7 hours of podcasting gold. No stone was left unturned including a double podcast on the political and social implications of the serviette rings at the first dinner, the in-depth discussion on the interior colour scheme of the plenary session meeting room and not play back Cams awesome Russian, American and English accents. Seriously this is worth the paltry investment. If you don’t know what part Count Dracula, a lemon tree and Chucky D played in rolling out the Cold War sign up now.. Sorry the rating only goes up to 5. Raf
View and share this review

These folks actually make history podcasts worth listening to. A great mixture of good historical analysis and phrases like “took a dump on the whole agreement” or having “testicular fortitude”. Love it. And love the fact that they are looking at things from several sides, not the usual “the Soviets were evil and hated freedom, but America won the war and saved the day”.

This is my favorite History podcast. I love the dynamic and structure of the episodes. My favorite episodes so far have been the mini Fidel Castro bio and the Philippines one. They were both incredible and I also really liked the episodes on the Cambridge 5. The whole show has been very eye opening and I really appreciate the comedy as well as the work Cam puts into the show and the ocasional looks into the future provided by Ray. My one small critique is that I think they’ve taken to long to outline WWII (which is not my favorite thing to study) but I’ve managed to stick with it and am very happy I did because I’ve learned a lot that was never mentioned in school. Even so I can’t wait till I get to the end of WWII hopefully by the end of the week. Thank you very much Cam and Ray for being my teachers and for the free student subscription it means a lot 🙂 <3 !

Impress your friends with cool history stuff from our shop! 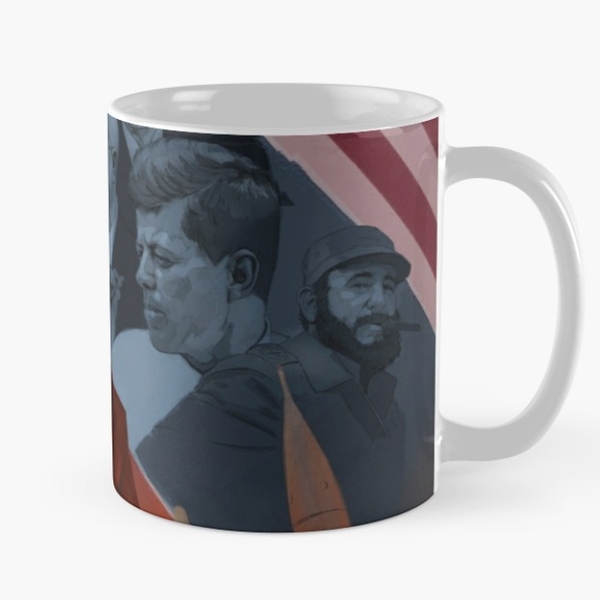 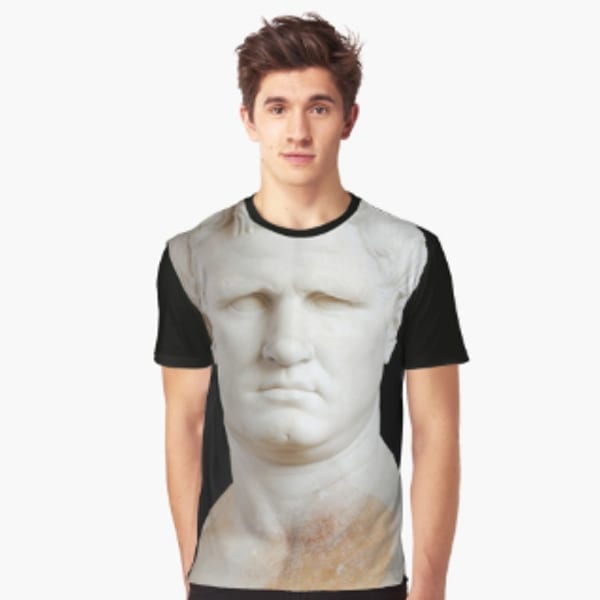 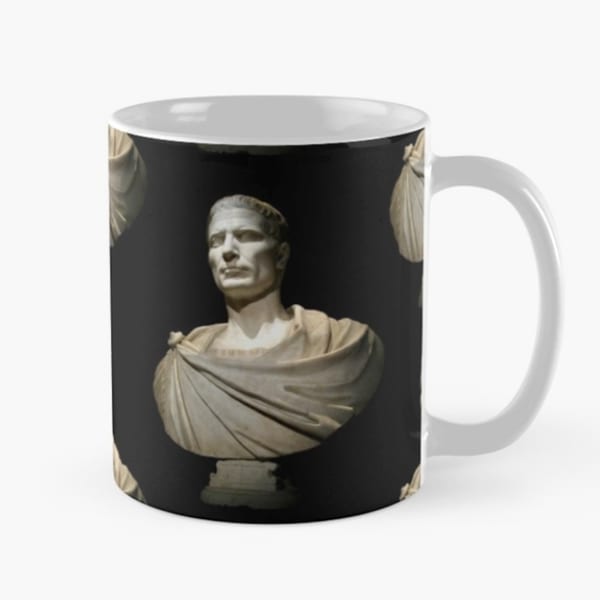 (or searching for them in the app of your choice).

Or scroll down to listen in your browser.