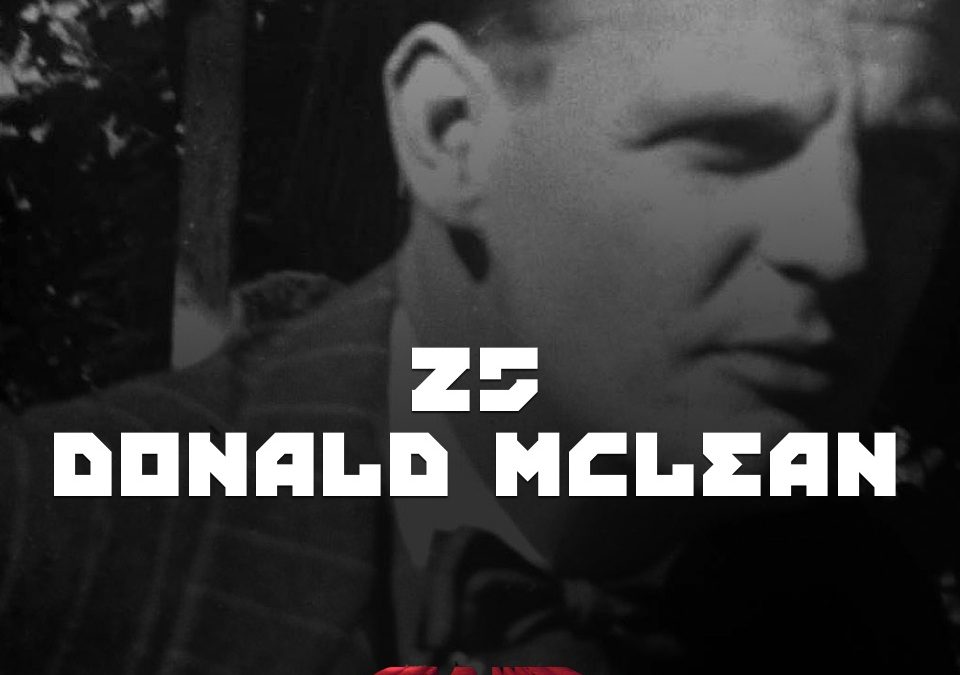 This is the third and final of our episodes about the Cambridge Five!

This week – Donald Maclean. After being recruited at Cambridge, he started working for the Foreign Office assigned to the division that looked after the League of Nations. Over the next few years, 45 boxes of documents were photographed and sent to Moscow. He rose to become the First Secretary at the British Embassy in Washington and Secretary of the Combined Policy Committee on atomic energy matters, where he was Moscow’s main source of information about US/UK/Canada atomic energy policy development. After returning to London, he became the head of the American Department in the Foreign Office.