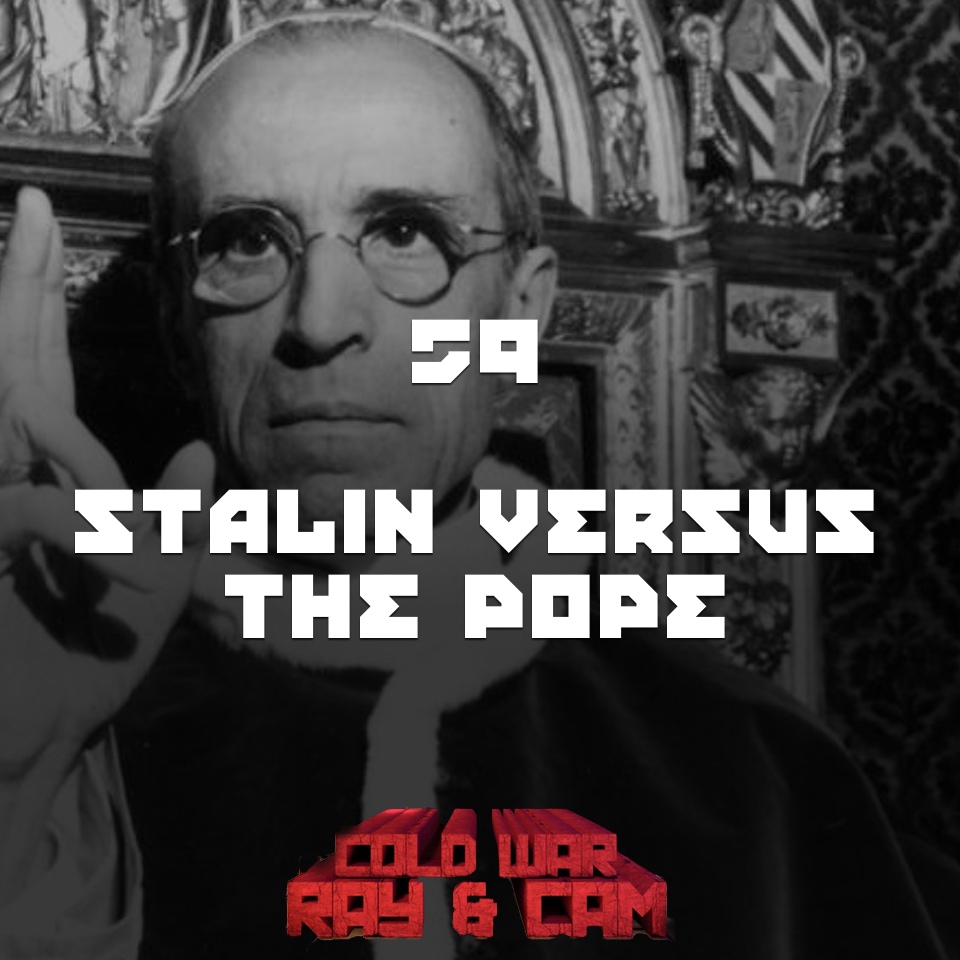 Stalin crushes the Ukrainian Catholic Church, partly because socialists believe religion is the opium of the masses, and partly because the Pope, Pius XII, had done a deal with Hitler and was a virulent anti-Communist.