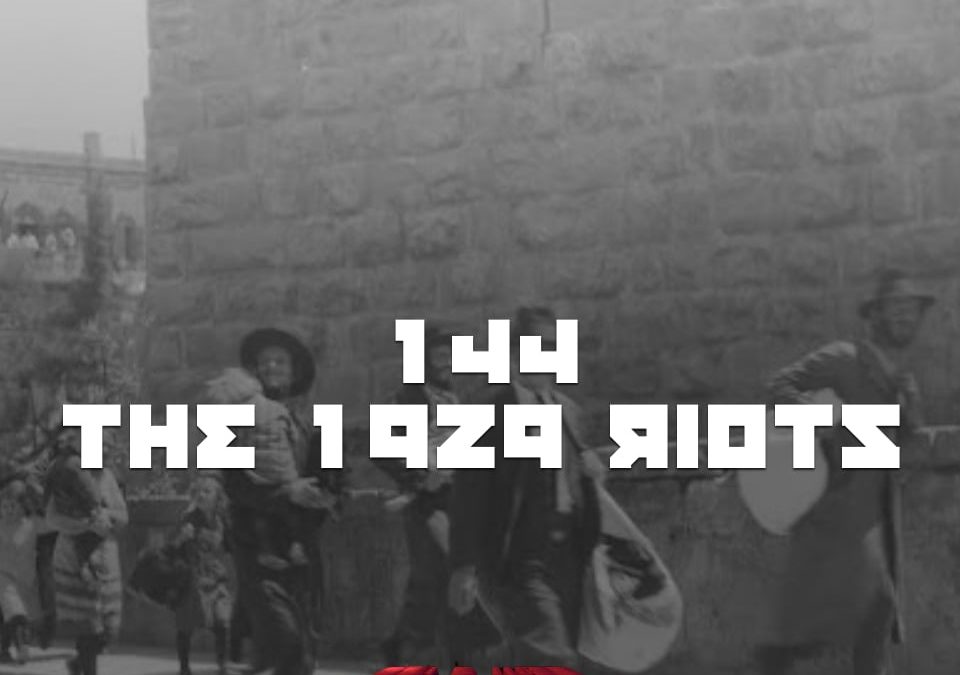 On 15 August 1929, a rowdy group of Jewish Revisionist activists marched to the Western Wall proclaiming “The Wall is ours”. They insulted the Prophet, Islam, and the Muslim community at large. It lead to large scale riots and violence. The British were powerless to stop it.  This lead a band of Haganah officers set up their own group, called “Haganah Bet” or “Haganah B.” It would later be called Irgun and described as a terrorist organization by the United Nations, British, and United States governments.